Elon Musk loves memes. He can be considered as the world’s first ‘Internet Billionaire’. Whilst other billionaires use the internet or may have even created their fortunes from the Internet – Elon Musk is the only billionaire who actively engages with the Internet. In short. Elon Musk is a memelord.

Elon understands the power of memes. Elon himself is a meme. He has created an image of a quirky, eccentric and hyper smart billionaire that invents electric cars and rockets. Someone who dreams big and outside the box.

Part of Elon Musk’s power is how simple it is to understand why his companies exist. His major businesses are:

Most people know what an internet meme is – a picture or video that is humorous. However, the original idea of meme is an idea, behaviour or style that is transmitted from person to person. The best memes are simple, interesting and transmittable. All of Elon’s companies fit all 3 criteria:

Simple means they need to be easily understood.

Interesting can mean a funny, or a useful idea.

Transmittable – is self evident. Memes need to travel from person to person.

Direct to the Masses

Elon Musk has also used Twitter to commit securities fraud. In the depths of production hell in 2017 when Tesla was about a month from going bankrupt trying to scale production of its Model 3 car, Elon tweeted out: “Am considering taking Tesla private at $420. Funding secured.” To any keen eyed observer, this was a blatant attempt at boosting the stock price during a precarious time for his company. Elon later settled out of court with the SEC.

For those out of the loop – 420 is slang for marijuana/weed. Elon Musk later said that he calculated the fair price of Tesla to be $419 and that he rounded up to $420 because of its connection to marijuana culture. Even in the depths of near bankruptcy – Elon Musk was a meme lord. 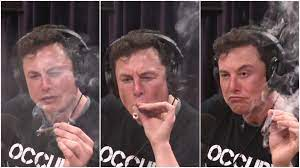 Elon Musk “I did inhale!”

Through his use of memes, Elon musk has managed to inspire a cult of personality. He has millions of devoted fans (mainly young technologically savvy men in Western countries). There is even a subreddit forum which is dedicated to people who have grown tired of the endless Elon Musk propaganda (r/enoughmuskspam)

How effective are your memes?

We can look at other companies as memes, to understand better why these companies exist.

One example is Amazon, which strives to be the world’s most customer-centric company. It’s Leadership Principles are so good that other companies will use them to inform decision making in their own organisations. Amazon’s most well known principle is ‘Customer Obsession’.

Note that this leadership principle explicitly states that Amazon obsesses over customers above what competitors are doing. Customer obsession also means prioritising customer needs over those of employees and even shareholders.

The clarity and power of Amazon’s principles seem even more obvious when you compare to other companies. A lot of employees don’t even know their own company’s principles. Let’s face it – most companies’ principles are boring as hell.

Most are generic and vague motherhood statements and don’t educate. A simple test is whether your company’s values could be transplanted onto any other company and still be perfectly acceptable. Values like “we value our people” or “Integrity” or “passion for products” are table stakes for every company. They don’t not need to be said. This is like me saying that I have a passion for “breathing” or “digesting”.

A good set of company core values should make it easier for everyone (employees, customers, suppliers, shareholders) to make tough decisions.

It would be easy to think that the secret of creating a great set of company values is to sit around and think of a really catchy or simple set of principles and produce a good looking marketing website or slide deck. It’s not. The truth is that talk is cheap.

It is much easier to state your company values than to continually live them, especially when a decision forces you to choose between two of your values. To live by your principles you need to take real costs.

Let’s look at some examples of this.

Amazon is a customer centric company. It has repeatedly demonstrated its willingness to forego short term profits in favour of long term customer trust i.e. relentlessly negotiating with suppliers to lower costs and not taking that in the form of higher profit margins, but instead as lower prices for consumers. One of the early criticisms of Amazon was that it was CrAP or Can’t Realize a Profit.

Amazon has continued to deliver for its customers: disrupting itself with the Kindle and eBooks, relentlessly adding product selection, driving down prices, pushing for faster and free delivery from 4 days to 2 days to now, in some cases, 1 day or same day delivery. Amazon has continually demonstrated its relentless focus on bringing more benefits to customers.

To live your principles you need to take real costs.

Elon Musk and SpaceX are willing to look foolish in the development of Starship. After hyping Starship in 2016, with an incredibly slick rendered teaser video, the first hardware that flew in 2019 was disappointing. Dubbed Starhopper, it looked like a mass of panel beaten metal and giant landing legs. It was considerably smaller than the proposed Starship design (18m vs 120m). A nice way to describe it was a flying water tank. A not so nice description was a flying chode. When you Google ‘SpaceX Starship’ one of the commonly asked questions is “Why does Starship look so bad?” 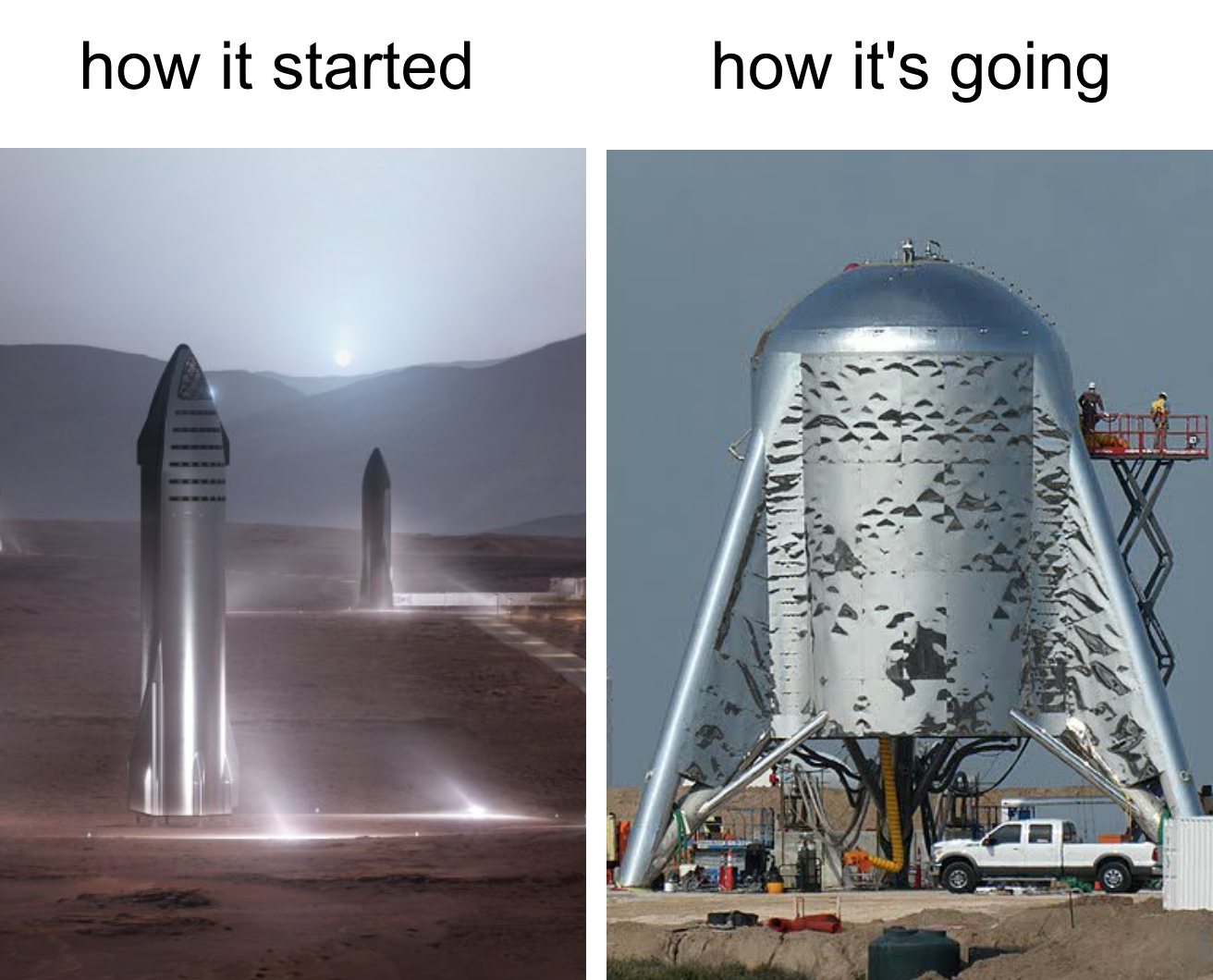 But this did not deter SpaceX engineers because they are optimising for repeated experimentation and learning, something less possible with traditional aerospace companies- with “reputations” to defend.

Since then, SpaceX has constructed and blown up a number of Starship prototypes. The latest – SN15 managed to achieve successful high altitude flight, engine cutoffs, flip maneuver and managed to land successfully. The next planned test flight – SN20 is going to be the first orbital flight for a Starship prototype.

The takeaway is that SpaceX is willing to be misunderstood and even ridiculed in order to optimise for experimentation and learning. It’s a company that understands the power of its meme and lives by it through its actions.